Subtitles Found! We found subtitles for the program 2010. Please scroll down to get them, or go here for a preview 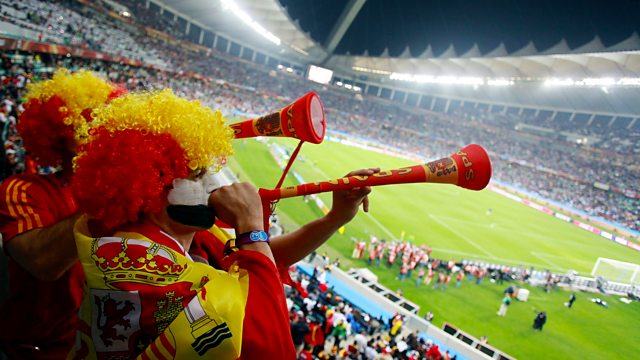 An in-depth documentary looking back on the 2010 World Cup in South Africa, which saw Spain lift the trophy for the first time.

Browse content similar to 2010. Check below for episodes and series from the same categories and more!

An in-depth documentary looking back on the 2010 World Cup in South Africa, which saw Spain lift the Jules Rimet trophy for the first time.

Having won Euro 2008 and sailed through qualification, Spain were heavy favourites in South Africa, and they didn't disappoint. After losing their opening game of the tournament to Switzerland, the Spaniards went on a six-game winning run, failing to concede a single goal in the knock-out stages. Their impressive form - and their tika-taka style - eventually saw them beat the Dutch 1-0 in the final thanks to Andres Iniesta's extra-time goal.