Mugabe and the Democrats Storyville

Subtitles Found! We found subtitles for the program Mugabe and the Democrats. Please scroll down to get them, or go here for a preview 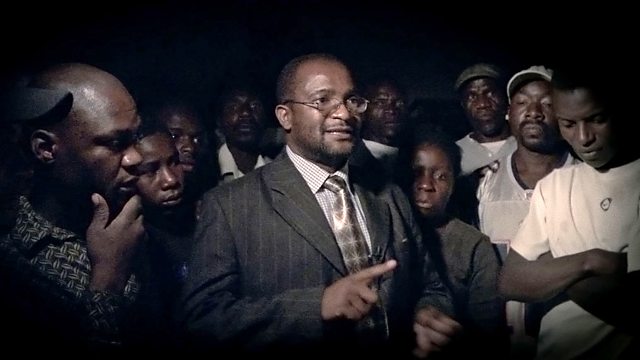 A Storyville documentary: two politicians from opposing parties join forces on an unlikely mission to lead Zimbabwe through the process of writing a new constitution.

Browse content similar to Mugabe and the Democrats. Check below for episodes and series from the same categories and more!

Two top politicians, MP Paul Mangwana and MP Douglas Mwonzora, from the governing party and the opposition respectively, have been appointed to lead Zimbabwe through the process of writing a new constitution. It is the ultimate test that will either take the country a decisive step closer to democracy and away from President Robert Mugabe's dictatorship, or towards renewed repression.

The film follows the two adversaries as they undertake their gargantuan task, travelling together throughout the country to ask Zimbabweans about their opinions on matters including the judicial system and the president's authority. Overcoming their initial suspicion, a kind of understanding grows between the two men, as they endure intrigue during the negotiations that follow. In a country impeded by economic sanctions from the international community and hyperinflation, failure is not an option.