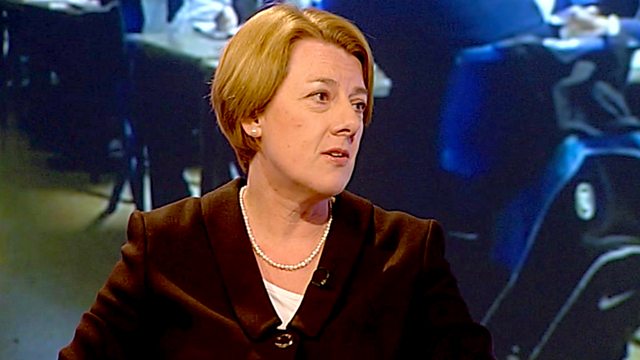 Browse content similar to 15/05/2012. Check below for episodes and series from the same categories and more!

Jo Coburn with the latest political news, interviews and debate. Jo is joined by Tony Blair's former political secretary and now chair of Ofsted Sally Morgan. Amongst other things they discuss schools reform, the euro crisis, and problems at passport control at Heathrow.