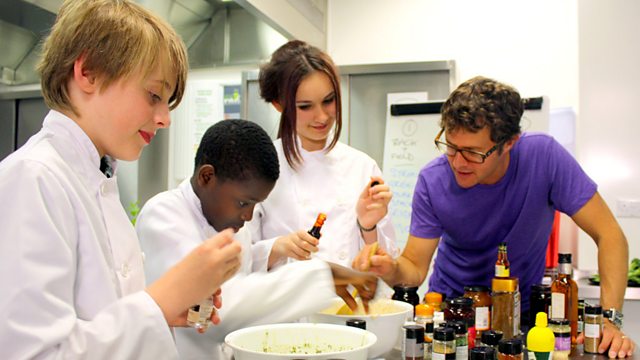 Browse content similar to Episode 2. Check below for episodes and series from the same categories and more!

CBBC challenges a group of kids from Middlesbrough to stage the perfect party to mark the opening of the London 2012 Olympics. Stefan Gates tasks three foodie kids with creating Olympic inspired ice-cream for the party - including the taste of the 100 metre sprint.