Subtitles Found! We found subtitles for the program Episode 1. Please scroll down to get them, or go here for a preview 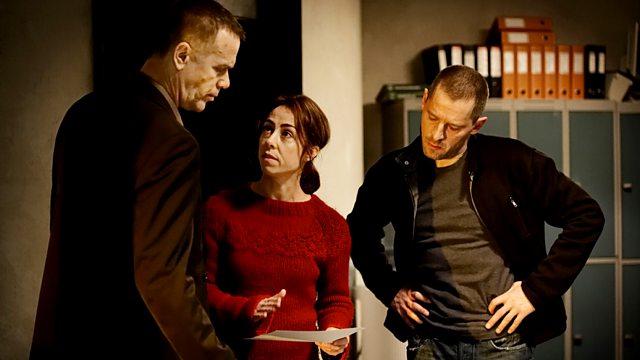 After the body of a female lawyer is found murdered in macabre circumstances, Sarah Lund's former boss at Copenhagen police HQ calls her back in to assist with the investigation.

Browse content similar to Episode 1. Check below for episodes and series from the same categories and more!

Two years after former detective Sarah Lund was divested of her investigative role and transferred to a low-key job in the country, the body of a female lawyer is found murdered in macabre and puzzling circumstances and Lund's former boss at Copenhagen police HQ finds that he has no choice but to call her back in to assist with the investigation.

Initially reluctant, Lund soon becomes engrossed with the case. As police grapple with what few clues they possess, newly-appointed Minister for Justice, Thomas Buch, strives to oversee some intricate political negotiations between parliamentary parties over the introduction of a series of new anti-terrorism laws. At the same time, soldier Jens Peter Raben awaits release from the psychiatric ward he was committed to following a nervous breakdown.